How leaders can open up new possibilities 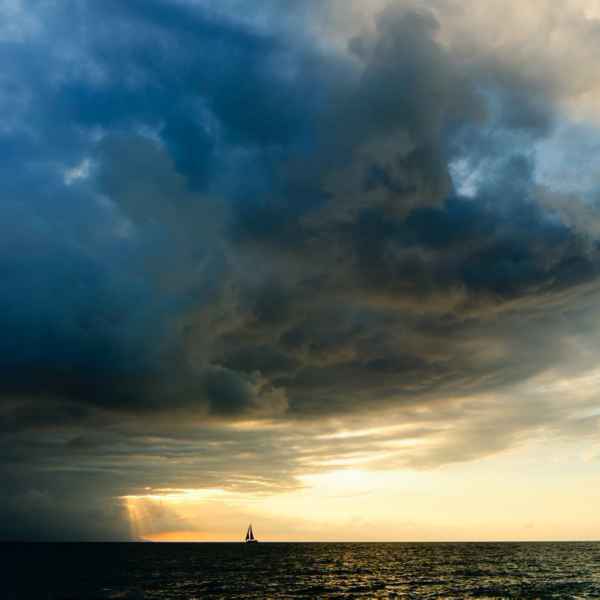 Are you a leader that opens up new possibilities, or do you focus predominatly on delivering what is infront of you today?

Imagine you’ve just taken on a new leadership position - what sort of “ship” are you taking over as “captain” of and where are you needing to go? If you were acutally the captain of a real ship, you would probably be wise to take the safe option and plot a known route that avoids storms and choppy waters, and whilst at sea only maintain the essential workings of the boat to keep you on course – leaving major refits and rennovations for when you are safely dry docked at a shipyard.

Similarly, the idea of taking the known route of least resistance and waiting to implement change for times of guarneteed safety is a strategy that regularly shows up in organisational leadership. But when we take on a leadership role I believe we have a choice. Sure, its more challenging to take on more turbulent waters and build the boat as you simultaneously sail into new territory. But this could be one of the major differentiators between leadership and good management. Or, put plainly, leaders don’t solve problems, they create them, leaving the solutions to the managers.

This isn’t about throwing a spanner in the works on every occasion. It’s about providing the spark – the inquiry, the start of the conversation – that starts the journey to finding the solutions to breakdowns.

The heart of leadership

Leaders deal in curiosity, innovation and galvinising people to a future possibility. And leadership means coaching people by opening up dialogues and conversations of possibilities. It doesn’t necessarily mean finding an answer, rather creating a platform for conversations that will find the answer.

There are countless job titles that imply leadership, and the further up the management scale you get, the more likely you are to be pinned with such titles as “director of such-and-such” or “chief officer of so-and-so”.

But being in a position of management doesn’t inherently make you a leader. It’s down to the people around you to decide whether they view you as a leader or not. Being a leader is being able to galvanise people towards achieving a collective commitment. It is a way of being and behaving, and a job title doesn’t automatically provide that.

Being a conversation of inquiry

The mode that you are operating in reveals itself in the sorts of conversations that you have. A leader will be leading conversations of inquiry, coaching, and possibility. They won’t be trying to close down avenues, but rather open up doors.

People in positions of leadership need to be a bastion of productivity too. But if they are only focussed on the end result and getting there as quickly as possible, they may close down other possibilities along the way.

To this end, leaders generate conversations about possibilities, the wider context of things and bigger systems thinking. They deal in the macro view, whereas managers normally deal with micro elements.

Of course, good managers are essential, and without a keen group of problem-solving managers, a leader will be posing questions that won’t have an answer. But it is a leader’s job to pose these questions in the first place.

Leaders and managers operate from different contexts, but this isn’t to say they’re mutually exclusive. A good manager could operate from the context of a leader, but success in one doesn’t necessarily mean success in the other.

Leaders need to be able to let go of their ego in the pursuit of achieving breakthrough results. A true leader is willing to put at risk their own identity in the sense that they are willing to be wrong and their listening is open to learning.

Don’t let your ego trip you up. If you think you should know better than your team, this can cause you to not listen to any suggestions that make you “wrong”. Your ego is closing down possibilities, not opening them up.

It’s important to tune into what’s made us successful but also to understand what the negative by-products of that might be. Otherwise we’re in danger of letting our ego creep into the conversation that we are.

This may mean loosening our grip of our winning moves, the way of being that we think always wins and the one we always bring to the party. Being a leader doesn’t mean always having the answers on hand. It’s about challenging your own perspectives and being happy to learn from your mistakes.

It’s not easy to do, and it takes bravery to challenge our own way of thinking and our own context. But fortune favours the brave, and The Fortune 500 favours great leadership.

What are you measuring? Are results enough?

A few lessons learnt from leading through a pandemic.

Your knitting is who you are, not what you do