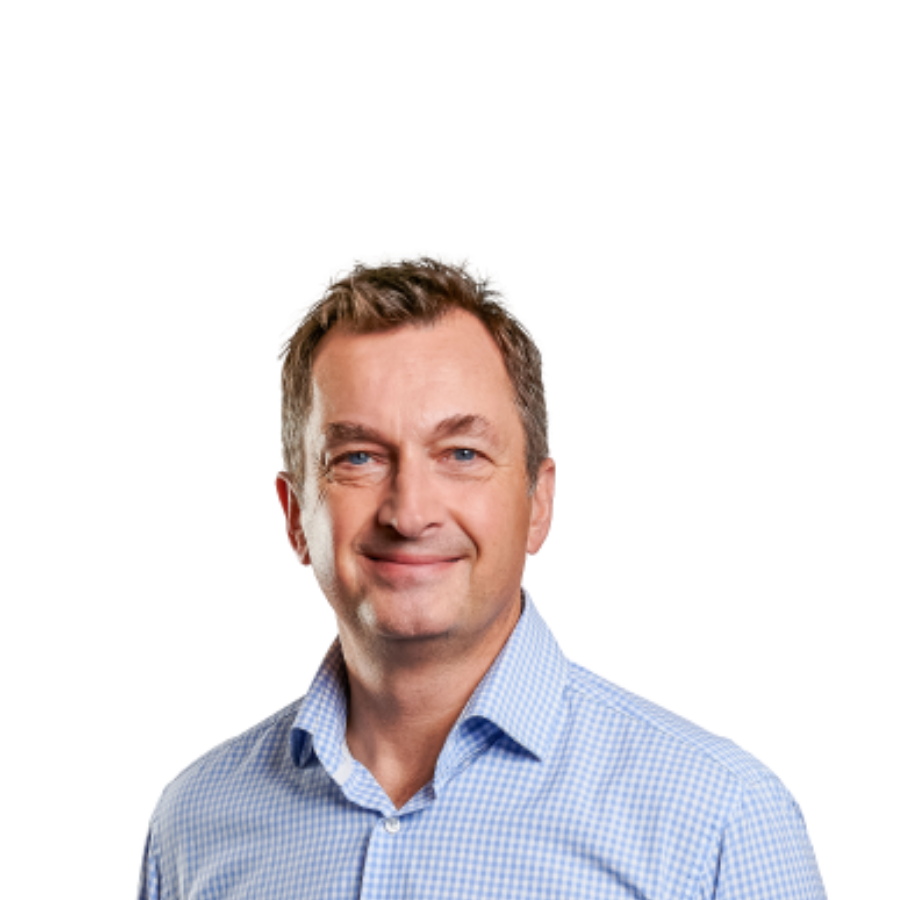 Leaders tend to think that if you want to create a breakthrough result, the most important things you need are goals, objectives and plans.

Sometimes it’s easy to think that if we get those three things down on paper, one thing will lead to another, and a breakthrough will occur somewhere down the road. But a blueprint for a car isn’t going to drive you to your destination.

Ultimately, breakthrough goals, objectives and plans are simply ideas. And because the results of these ideas would - if realised - very often be extraordinary and not predictable based on past trends, leaders often unconsciously lean heavily on hope. We hope that we’ll stick to our plans, we hope that we’ll achieve our goals and objectives. But they don’t ground us in anything more powerful than that. When it turns out that a brick wall is standing in our path, we rarely have the momentum or strength to run through it.

To push beyond the bounds of what is apparently achievable, we need a stronger force backing us up. And that force is this: a willingness to be uncomfortable.

But where do you get that willingness? And how do you generate it in your organisation?

There’s few elements that can inspire your team to get uncomfortable like a sense of responsibility.

The conventional thinking around responsibility is that it is 50/50. A lot of people cultivate the mindset that they can’t take responsibility for what they’re not officially responsible for. But to push for a collective breakthrough, your team needs to be willing to take ownership of what lies beyond their traditional remit, as uncomfortable as this may feel.

Some people bawk at the idea of taking 100% responsibility for a breakthrough. But it’s not about doing 100% of the work yourself. No one would suggest that one department should do everything that needs to be done. But once a leader takes ownership of the outcome, they will do whatever needs to be done.

There are two practical ways this plays out for leaders:

First, leaders take proactive responsibility. This means doing what you say you’re going to do, and if you can’t do it, you delegate it to somebody who can, without washing your own hands of the outcome.

Secondly, leaders take reactive responsibility. This means not reacting by blaming others when things don’t go to plan. Instead you focus on the action that you can take.

It’s important for leaders to understand that for their staff, stepping outside of their normal can be a daunting and uncomfortable experience.

Some will refrain from doing so because of how they perceive responsibility to be divided, and where their personal power sits within that.

Some will see responsibility as a complex matrix. They believe that if they take 100% responsibility for an outcome, they will be stepping on other people’s toes. As a result they might stick with tasks assigned to them and wait for those with official power to take action.

But breakthroughs aren’t achieved by doing the typical everyday tasks that are expected of you.

It’s easy for anyone to hide behind reasons why not to step out of your comfort zone. Complexity, hierarchy, time, and budget all seem like perfectly plausible reasons to not take on further responsibility. But knowing you have personal power to impact the circumstances can cut through all of these issues.

Should we get rid of the printer?

In the offices of one of our clients, there was a room that housed a printer. Even though the organisation had committed to a digital future, the printer spent all day printing forms.

As the printer had been running for so long, people assumed it was needed, even though it took up a whole room that could better be used for a staff room. Members of staff discussed turning the printer off and getting rid of it, but they were unsure if they were allowed to, and no one knew whose responsibility it was.

Eventually, they decided to give themselves the permission to turn off the printer. It was as simple as that. They’d assumed there was a higher power that needed a say. But when they gave themselves permission to do it, they took one more step towards a digital future - and gained themselves a staff room to boot.

100% responsibility is a mindset. It provides the freedom to act, not the obligation to act. And when it’s present across an entire organisation, the various actions people take can quickly stack up to achieve a breakthrough.

Shaking up the hierarchy

Most organisations say that they want change, innovation, and disruption, but with that comes a challenge to both the hierarchy and established processes.

The more responsibility people have, the more likely they are to ask questions they otherwise wouldn’t have. This may even mean challenging leaders on things such as organisational structure and budget.

These are not going to be comfortable conversations for either party involved, but they are essential for innovation. Without these behaviours, an organisation will never innovate, it will only maintain.

Leaders need to empower their staff to take responsibility and seize the freedom that comes with personal power. These ideals could even be instilled within any organisation as part of learning and development programmes.

A willingness to stand for breakthroughs no matter what – even by putting yourself at stake – is essential.

When we set a goal, it’s usually something we’re confident we can achieve. But willingness to stand for a breakthrough is about saying, “I don’t know if I can achieve this, but I’m committed to it and I’m willing to tread firmly into the realms of discomfort in order to achieve it.”

As a leader you have the privilege of being able to set the tone here. To set an impossible goal, to take ownership of the result, and to inspire your people to do the same. Objectives and plans may have failed before, but standing for a breakthrough will transform the capabilities of your organisation, even if you don’t hit your planned result.