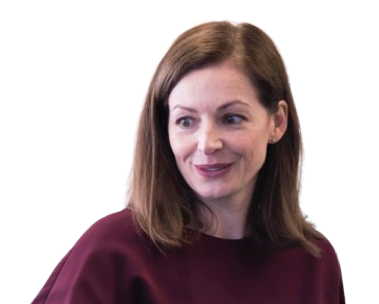 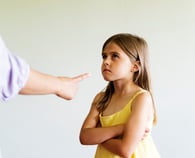 “Do you feel that the Earth recently sent us all to our rooms to think about what we’ve done?”

A few weeks ago I woke up to a radio DJ proposing that we should be proud of our response to this extreme and challenging situation.

Unlike many Hollywood disaster movies that portray looting, rioting and attempted escapes from armed patrols with young children and a dog, the majority of us are, and have, displayed true care for the lives of others. Following rules -  staying at home, keeping our distance and, most interestingly in a society that claims to be more socially disconnected than at any other time, engineering ways to make connections with our fellow man.

In this most challenging time, where social distancing has become the new normal, people have begun to leverage the true power of the internet as a tool for connectivity. Not mindlessly scrolling through social media (not judging, I sometimes do it to!) but using our virtual reality to really connect and to share our lives with each other, although we may be miles apart. Result -  a new and connected virtual world!

I want to take a moment to acknowledge the ways in which people have really shone and created places for us to go where we can, even without travel, get together and truly feel like a global community.

Jo Wicks, who has been a particular highlight for me, broadcasts every morning from his own living room, kids and all. Giving 30 mins of his fitness expertise and energy for free. Not only has this resulting in huge aerobic benefits for many of us, but it undeniably has a ‘feel good factor’ too – There’s nothing quite like the endorphin release one gets from laughing at one’s own complete lack of  co-ordination whilst trying to keep up with 4 year olds (!)

Another phenomenon I have observed has been huge choirs coming together across balconies and joining virtually from across the globe to spread messages of hope and joy. Despite boundaries, borders or religions.

Times they are a changin’

The conventional approach to many elements of our lives has been challenged.  How many times have you decided that you ‘simply can’t go’ to that class or session because it’s too far away.  Right now, it seems that anything is possible -  we even took a puppy training class over a virtual platform -  it was hugely chaotic but surprisingly successful and I am very much looking forward to the next one.

The impacts are not limited to our social life, fitness or other extracurricular engagements, they are evident in the virtual working environment too.

The blank wall that we have all desperately attempted to find in order to have our video conference calls with our bosses is the great equaliser of hierarchy – they need to find one too.

Gone are conventional titles on doors, bosses’ offices and other trappings of the office environment.  We see our bosses and our peers at their most human -  dressed in ‘casual attire’  and sitting against their own bare stretch of wall whilst pretending to not be impacted by their two year old having a richter scale seven tantrum just three meters away!

In these unprecedented circumstances, senior minds have been forced to focus on how they lead the organisation (and doing this in the confines of their own homes), decision making responsibilities have been delegated.

There has been an accidental release of power and control which seems to be having a more than positive impact on the workplace.  In the corporate arena, people are being begged to make their own decisions in regard to the specific times they work, the areas they focus on, the results they generate. This has created a deeper sense of trust and reliability.  People are no longer being as stringently monitored and feel greater flexibility in managing their schedules to suit them. Those whose jobs cannot be done from a virtual platform are expanding into other areas where they can bring value.  This in turn feeds the wheel of creativity with people at all levels feeling free to take action to get the job done rather than fighting over which ‘swim’ lane they are encroaching.

The jolt to the system imposed upon us has revealed a whole set of assumptions that we were working to that no longer serve.  Rules around who can attend what meeting. That effective meetings can be achieved at all over virtual platform with more than three participants is accepted as the norm.  Frequency of touch points and information sharing has increased. The focus and importance placed on the softer skills - checking in on how people are feeling and coping - has increased exponentially. Digital tools that previously had been debated and rejected for months and years as viable options are now part of the norm – and are absolutely capable of delivering the impact wanted.

By accident, a whole new world of opportunity has revealed itself and it is now up to us as collective individuals, leaders, workers – people - to decide on what it is we want to do with this new learning, the new habits that are being created and different ways of thinking going forward.

How do we purposefully create the environment that fosters and develops us to continually share our best selves because we want to.

And we do have to decide soon.

The gravitational pull of our conventional thinking is very strong and will have us slip back to our old normal in less time than you think.  And then all the blood, sweat and tears, human ingenuity and connected creativity would have been for what?

I certainly want to know that this world is in a better place after this experience, don’t you?

Corona in 3 acts: Your organisations playbook